›  Home  ›  Automotive  ›  For Months these Trucks Sent Cargo without being Driven and No One Knew
✔ duipee Wednesday, August 21, 2019
An autonomous transport truck startup called TuSimple has been carrying mail across the state of Arizona for several weeks.

UPS announced that with venture capital they had made a minor investment in TuSimple. The announcement also revealed that since May, the TuSimple autonomous truck had been transporting UPS payloads on a 185 km route between Phoenix and Tucson.

UPS confirmed that this was the first time they announced they had used a TuSimple autonomous truck to deliver packages in the state. 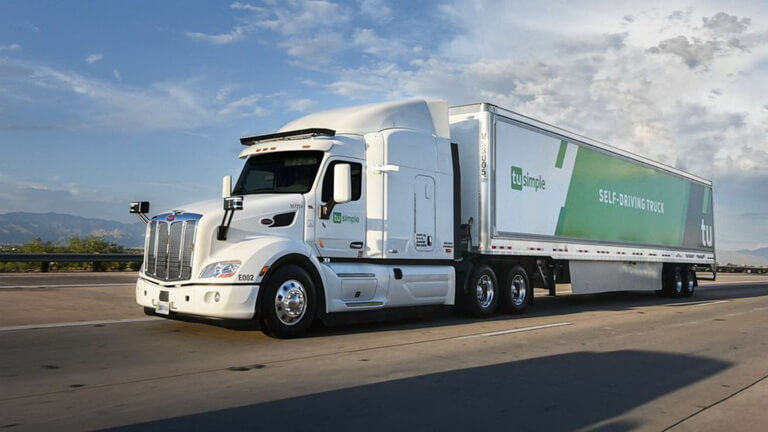 At the same time when the UPS and TuSimple program began, the United States Postal Service and TuSimple published a two-week pilot program to send letters between Phoenix and Dallas on a 1,609 km journey.

TuSimple claims to be able to cut the average shipping cost of a trailer by 30 percent. In an announcement about the new partnership, UPS Ventures' implementing partner, Todd Lewis, said that it was "working with startups to explore new technologies and adjust them to help meet our specific needs."

TuSimple places its own autonomous technology which relies on nine cameras and two LIDAR sensors in Navistar vehicles.

The partnership announcement states that TuSimple has helped UPS understand how to achieve Level 4 autonomous driving, where the vehicle is fully autonomous and can reach a specific location.

At present, the TuSimple truck carrying packages for UPS is still accompanied by an engineer and a driver who is ready to take over the wheel whenever needed. However, if the autonomous technology used has reached Level 4, then the vehicle will not need anyone else behind the wheel.